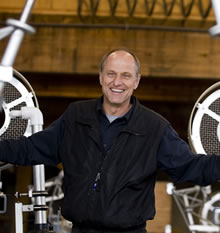 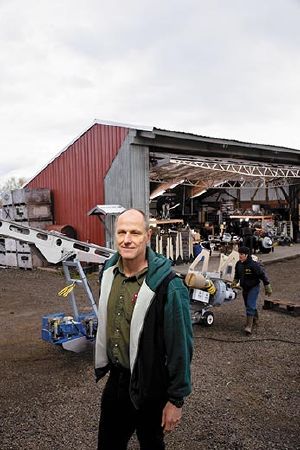 Andy von Flotow, Aerovel’s co-founder and chairman, studied engineering science and aeronautics at the University of Toronto, and then at Stanford, where he and Dr McGeer were classmates. During his career he has been by turns a skydiver, hang-glider pilot, windsurfer, blue-water sailor, orchardist, academic, and high-tech entrepreneur. He did post-doctoral work on space-tether dynamics at Stanford and DVFLR Oberpfaffenhofen, and then joined the Aeronautics & Astronautics faculty at MIT. He served 6 years in Cambridge as professor of dynamics, control, and ruthless approximation, and moved to the Columbia Gorge to found Hood Technology in 1993. Under his leadership Hood Tech has developed a diverse range of activities in aerospace and industrial dynamics, and its work on imaging systems and catapults for Insitu’s Scaneagle has put the firm at the forefront of the industry. Dr von Flotow was founding chairman and board member at Insitu for more than a decade, and serves also as affiliate professor of Aeronautics & Astronautics at the University of Washington.